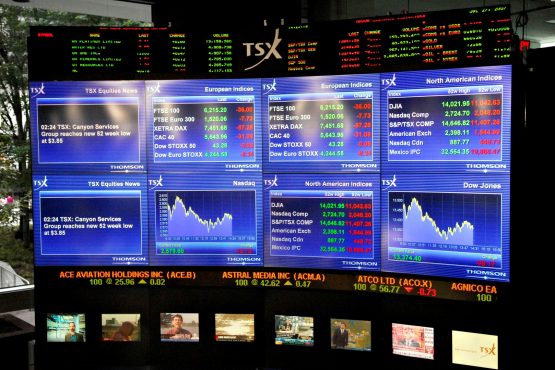 However, in recent years some investors have grown increasingly concerned about the way these indices have started to look. The incredible growth in the value of Naspers has meant that a very large part of both the Alsi and the SWIX are now concentrated in a single stock.

This represents a problem that the bourse has looked to address through the development of capped indices. Both the Alsi and the SWIX now have variants that limit the weight of a single stock to 10%.

As the tables below show, this has a large impact on the way these indices look.

Note: The 10% cap is flexible within limits, which is why Naspers is still above that number in both indices.

The question for fund managers is whether these capped indices are better benchmark options than the traditional Alsi and SWIX. Coronation Fund Managers chose to benchmark both its Equity and Top 20 funds against the Capped Alsi nearly two years ago, while more recently Fairtree Capital and Excelsia adopted the Capped SWIX.

So far, these are the only managers to have taken this option, but it may well become more prevalent.

“I think that the JSE has responded to a concern from the investor base that the single stock risk in Naspers has become too large,” explains Rademeyer Vermaak, a fund manager at Fairtree Capital. “This is not at all a view on Naspers as a company, but the purpose of a benchmark should be a diversified portfolio and it shouldn’t be exposed to a single stock to such a large extent.”

He says that the fundamental reason for this is risk management. If a benchmark represents an investable alternative against which a manager is measured, then it makes sense that it should have risk and return characteristics similar to those the fund manager is willing to employ. If a manager would never consider putting 20% of their portfolio into a single stock, then is it reasonable for them to use a benchmark where that is the case?

As the table below indicates, capping the indices does make a difference to their level of concentration. Most obviously, the Capped SWIX is significantly more diversified than the Alsi.

This would seem to make the Capped SWIX a more useful benchmark, but as the head of personal investments at Coronation, Pieter Koekemoer, points out, the SWIX has other problems that informed his firm’s decision to move away from it.

“The fundamental problem we have with SWIX is that it has what we believe to be a spurious differentiation between different types of dual-listed shares,” he says. “For companies with primary listings elsewhere, their treatment depends on the origin of the shares.”

Companies like Anglo American and Old Mutual that were initially listed on the JSE but moved their primary listing elsewhere are still treated the same as local listings. However other inward listings, like BHP Billiton or Anheuser-Busch Inbev (AB Inbev) are only partially counted based on the value of their shares listed on the JSE.

“These are companies with huge market caps, but they are heavily down-weighted or not even included in the SWIX because the South African holding is too small,” says Koekemoer. “That has created a situation where a few South African companies, specifically Naspers, have become incredibly large. Naspers, which has a market cap of roughly R1 trillion is now more than 20% of the SWIX, while AB Inbev, with a market cap of around R3 trillion, is not included at all.”

This is more an issue for large managers than smaller ones, as a firm the size of Coronation has the ability to invest in AB Inbev or BHP Billiton elsewhere and move those shares onto the South African share register. So the value of the locally-listed shares is fairly irrelevant, which is why Coronation opted to use the Capped Alsi.

One fundamental question that remains is whether capping the benchmarks has a significant impact on their returns. As the chart below shows, over the last five years the indices and their capped variants have really moved very much in line.

The capped Alsi has outperformed marginally, mostly one suspects due to the recent strength in Richemont’s share price, while the Capped SWIX has slightly underperformed. This is important as there should not be an incentive for fund managers to choose one or the other based on which they are more likely to be able to outperform. 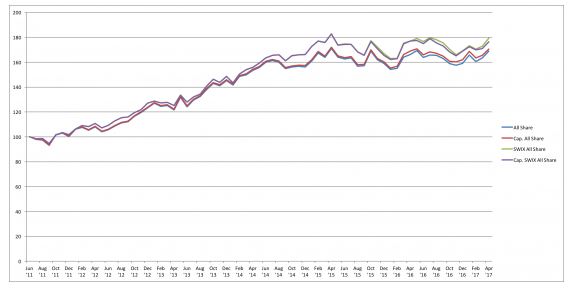 Income funds are critical building blocks of a balanced fund